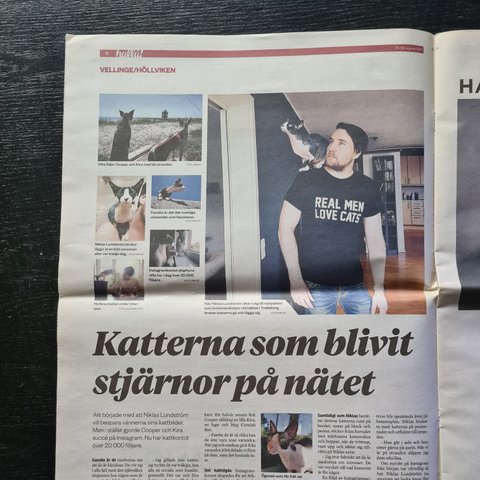 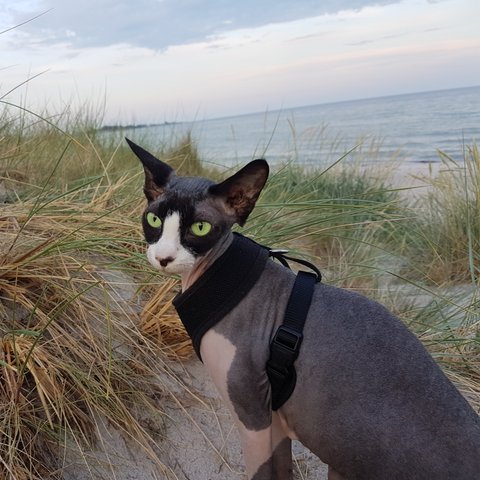 The cats that have become stars online

It all started with Niklas Lundström wanting to save his friends with cat pictures. But instead, Cooper and Kira were successful on Instagram. The cat account now has over 20,000 followers.

Maybe they are aware that they are celebrities. In any case, they move with the confident elegance of someone who is used to attracting attention. When Hallå visits the apartment in Vellinge, the Instagram account @sphynxnille has just passed 20,000 followers and is ticking steadily upwards. And the account has only existed for a year and a half.

Niklas Lundström grew up in Höllviken and was not a cat person from the beginning.

I did not like cats, I thought they were boring, not at all as social as dogs, in general.

It was my ex-partner who wanted cats, and I wanted to avoid vacuuming. So we read about different cat breeds. They became attached to the sphynx breed and in the autumn of 2012, the kitten Cooper moved in, a social and stuffy energy bundle. He became Niklas first cat ever and the one who turned him into a cat lover. Six months later, Cooper was joined by little Kira, a calm and shy Cornish Rex.

Although they are so different, they can not be without each other. When my partner and I separated in 2014, we first separated Cooper and Kira, but it did not work.

The cat-dedicated Instagram account was created because Niklas wanted to save his Facebook friends from all cat photos. Cooper and Kira quickly became successful in the image flow on the internet. I noticed it pretty immediately. Every time I posted a new picture, the response was huge and there were lots of comments. I was surprised because that was not the idea at all from the beginning.

He does not really know what the interest may be due to. The cats' appearance is of course that they stand out and they are often both in the pictures. They are curious and like to sniff around the camera.

At the same time as Niklas tells, the cats wander around the table, sniff at pads and pencils, stick their heads out towards the phone's camera lens and jump, when they are tired, they sit down on Niklas shoulders.

I actually think they are aware of the interest. They know very well what the camera is for.

A consequence of the Instagram success is also that Niklas has gained a completely new interest - photography. I take extremely many pictures of them. I post something every other day, every third day, I do not want it to be too much.

The Instagram account has followers all over the world, but it is not uncommon for the trio to be recognized even at home. Niklas usually takes the cats on walks and excursions to the beach. Cooper wears a harness and she likes to sit on my shoulder.

If the success on Instagram from the beginning was involuntary, Niklas Lundström has now been encouraged to attract even more followers. I hope for 30,000 before the end of the year, he says.