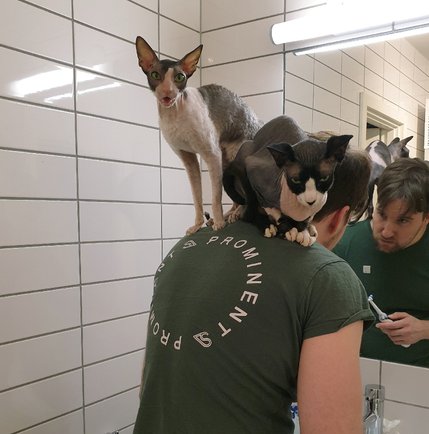 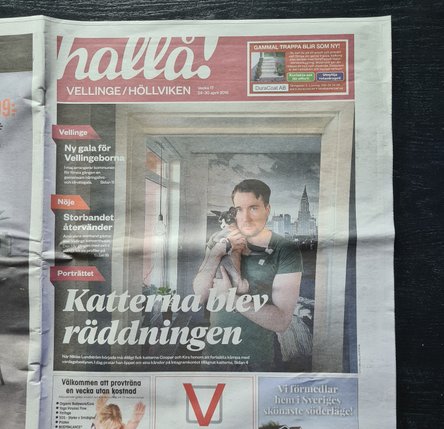 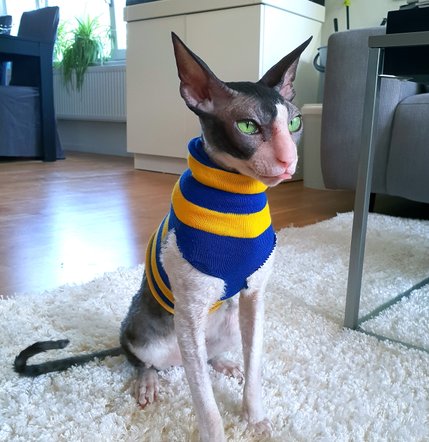 They say that the dog is man's best friend. For Niklas Lundström, it is the cat. Or more specifically the cats Cooper and Kira who during the entire interview stroke their legs and curiously buffs on the reporter's pen.

It was at the end of 2015 that Niklas started to feel bad. The relationship had run out and a chain reaction started that made him feel increasingly depressed. - Things I thought were funny before just gave me anxiety. I slept very much and still felt tired.

Pretty early on, Niklas searched help from the health service. - I had imagined that there was a network that would take care of me. Like when you broke a leg. But as long as I didn't talk about killing me, nobody really cared.

He offered sleeping pills and absence from work, but he did not have any problems sleeping and staying home from work was not relevant because he enjoyed working. After having been sent around for two months, Niklas experienced that he was in exactly the same place.

- Even if you have friends and relatives, it is very lonely on the bottom. I started to shut myself in. That's when the cats became my rescue. They made me go up in the mornings. No matter how bad I was, they would never suffer. They should have food and clean water. All the stupid thoughts that appeared in my head steered Cooper and Kira away. They made me change the focus, from lying in fetal position to petting cat.

Cooper entered Niklas life seven years ago. It was the ex girlfriend who wanted a cat. He was not really fond of cats. But he fell in love with Sphynx cat Cooper. A little later, the Cornish Rex girl moved in Kira. Today, Cooper and Kira are celebrities. Instagram account @sphynxnille where Niklas uploads pictures of the unusual cats, has 33,000 followers. He started the account at about the same time as he started to feel bad. - Initially it was an escape. On Instagram I was able to socialize with people who didn't know anything about me.

Throughout the period he was depressed, Niklas worked at his job at custody Trelleborg, where he has worked for many years.

- It was so nice to come home to the cats and avoid the question "how are you?".

In the summer of 2018 Niklas decided that it was enough with the secrets. He had already told relatives and close friends about how he felt. Now he opened on Instagram. He started writing about his depression and taking the word ”mental ill” high in his mouth. - It was a relief to tell everyone. But I never thought I would get so much positive feedback. Niklas himself wrote an article about his experience in the magazine Kattliv and after that people heard of themselves and said thank you.  - There were many men who heard of them. I think we men are bad at talking about how we feel.

Cooper punches on Niklas leg to show that he wants to get up and settles comfortably on his shoulder. Today he feels much better, says Niklas.

- It is a big difference to be able to talk about how you feel. This means that hopefully I never have to end up so far down the bottom again. I deal with my problems before they get worse. This has changed my life.

- In retrospect I have wondered if I just imagined that the cats helped me so much. So I started to read a little and there is actually research that shows that pets make us feel better.

- I take hundreds of pictures a month on the cats. It started with photography with the mobile phone. Then I bought a camera and then books on photography. It was an interest that the cats created. But it's still 99% the cats I photograph. When it gets warmer, there will be more outdoor photos. It has never been the intention to make money on my pictures and movies. I have done advertising jobs, but then I donated the money to a cat home.

Do: Work at the custody in Trelleborg, study marine biology