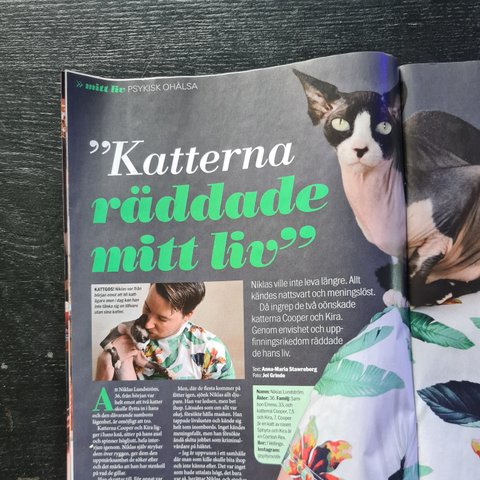 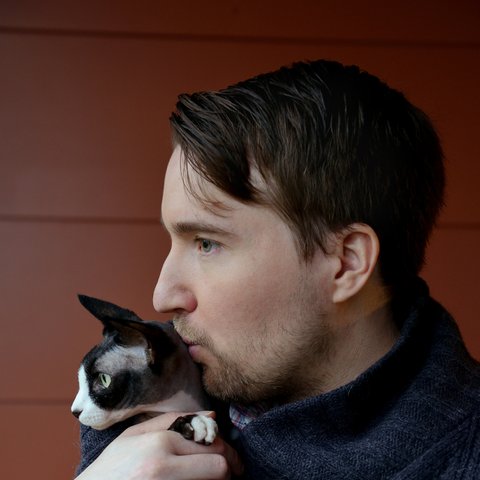 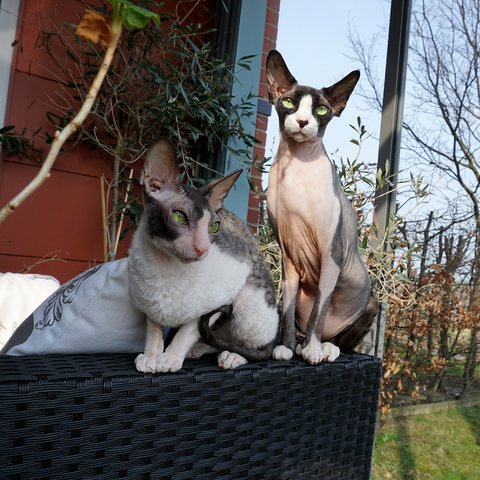 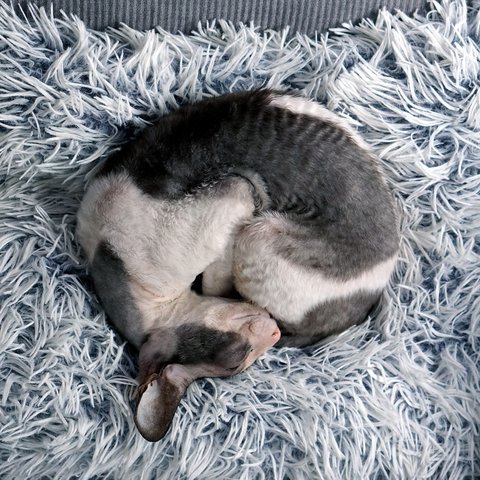 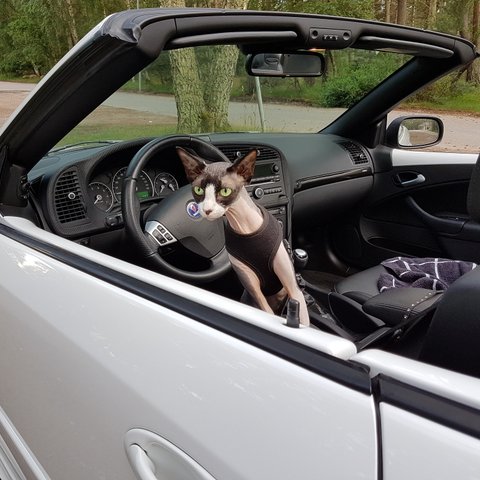 Niklas didn't want to live anymore. Everything felt as black as night and meaningless. Then two unwanted cats called Cooper and Kira intervened. Through stubbornness and ingenuity, they saved his life.

It is inconceivable to believe that Niklas Lundström, 36, was completely opposed at first to two cats moving into his and his ex-girlfriend's apartment. Now his cats Cooper and Kira are in his lap, sitting on his shoulder and purring loudly, throughout this interview. Niklas pets them on the back, giving them the attention they are looking for, and he knows exactly what they like.

He laughs. It was different back in the days, four years ago. Niklas' entire existence had collapsed. His partner had left him and Niklas had fallen into a deep depression. He was in shock, had not seen the signs that built up more and more, and the separation came to him like lightning out of a clear sky.

Where most people tend to get back on their feet, Niklas sank deeper and deeper. He was sad, but pulled himself together. He pretended as if everything was okay, and tried to keep on his poker face. He lost his joy for life and felt completely empty inside. Nothing felt meaningful, but he still tried to do his job as a prison guard at a prison facility.

"I grew up in a society where you as a guy would not show emotions. Nothing should be spoken out loud, it was just like that," says Niklas.

In the end, Niklas did nothing but work and sleep. He couldn't handle any social life. He could not find any joys. He went straight from work to bed, and directly from bed to work. After a while, Niklas realized that the situation was unsustainable. He went for help at the medical center and saw a psychologist.

"I was diagnosed with acute depression, and this acute phase resulted in a prolonged state of hopelessness and apathy. I didn't feel like I was giving anything to anyone, thought that I was mostly a nuisance to other people and that I wasn't needed anywhere. I began to lose the spark of life," remembers Niklas.

Then something happened that changed his whole existence - and that was the two cats that his former partner left in his care, the cats Niklas initially didn't want, who decided to save their human.

"Kira and Cooper totally changed their behavior. Cooper, who is really both clumsy and full of energy, became calm and stopped doing things that would annoy me. He became extremely cuddly and affectionate. And Kira, who has always been calm, became worried and followed me wherever I went.

Cooper had previously spent a lot of time doing annoying things at home. He had been a restless soul and used to tear things off tables and shelves to get some attention. Now he began to lie close to Niklas in bed or in his lap. Kira, on the other hand, didn't even let her human take a shower. If Niklas closed the bathroom door, she sat outside and screamed until she was let in.

"It was quite obvious that the cats felt the same way I felt. They became worried and deeply concerned, and I noticed that they were trying to lift my mood," remembers Niklas.

The cats' personality change affected Niklas. It was the realization that they were actually trying to help him, and that there were two individuals who needed him. Niklas realized that he needed to get it together. He did not want to let the depression affect the cats. He started to get out of bed and did what he could to come out of his "bubble".

Slowly, slowly, one step at a time, he began to open up himself. He found the courage to talk to his mother and his closest friends about how he really felt. And then, Niklas noticed that he actually felt a little better, at least for short moments. Sometimes he even forgot that he was feeling down. Harmony and calm began to return, although no intense feelings of happiness arose either.

"It took me a long time to come back. I was depressed for almost a year and a half. But then I found my old self. I once again made contact with my friends and began to feel the desire to actually do things."

In retrospect, Niklas realized that as a teenager he had been depressed. But then, at that time, mental illness was a taboo and not something you would talk about. There was also not much public knowledge about depression back then. For example, when Niklas sought medical help for stomach pain and was diagnosed with gastric catarrh, it was most likely due depression.

"In retrospect, I asked myself why I had reacted so strongly to the separation. I mean, people are separating all the time, you get sad and come back. Now I understand that the separation was the straw that broke the camel’s back. In conjunction with it, decades of repressed emotions emerged, triggering a depression."

Today Niklas is grateful for what happened. Sure, he doesn't want any similar experiences, but on the other hand, the depression has made him more mature, and develop as a person.

"It has made me who I am today. Today I am more open. I have become more vulnerable, but also better at talking about my emotions.

The fact that Niklas has chosen to be open with his experiences is about wanting to help others who are affected. "Being silent doesn't help anyone," he says.

"Almost every time I tell someone about what I've been through, the other person also opens up, and I've realized that there are many in the community who walk around feeling bad. It is extremely important to talk about mental illness. Since there is nothing visible on the outside, it is easy to keep it closed on the inside. Many people are afraid of showing themselves to be weak, and are afraid that people will distance themselves if you are honest about your mental illness.

If you follow Niklas on his Instagram @sphynxnille you can also see how he now regularly talks about mental illness. He started the account in 2016, and the idea then was to escape from reality and socialize with people who had no idea who he was or how he was feeling. But after a post in 2018 where Niklas openly talked about mental illness, the account gained momentum rapidly, and today him and his two cats have almost 40,000 followers. It's all about to inform others and motivate greater openness. He also plans to start lecturing in mental illness based on his own experiences.

"Today I know that the only way to get help is to seek it yourself. To tell someone you trust how you feel, because it's not visible on the outside. Or as I wrote on Instagram the other day: "A person suffering from mental illness puts on the best poker face in the world."

It's been four years since Niklas' worst time in life.

At home with Niklas , the cats have regained their old personalities.

"As soon as they noticed that I was starting to feel better again, they returned to be the cats they once were. Cooper once again became the attention-grabbing cat, and Kira became calm again.

However, there is a big difference between the cats' behavior today and how they were when they had just moved in with Niklas.

"They are still responsive to how I feel. I notice they get worried when I'm down. Even though I have recovered from depression, I have low periods of anxiety from time to time. Especially when I go outside my comfort zone."

Today he only laughs about his having been opposed to becoming a cat owner back in the days seven years ago.

"No, today I can't imagine a life without the cats! They have literally saved my life and given me back my desire for life."