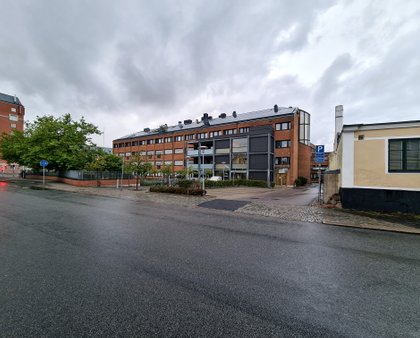 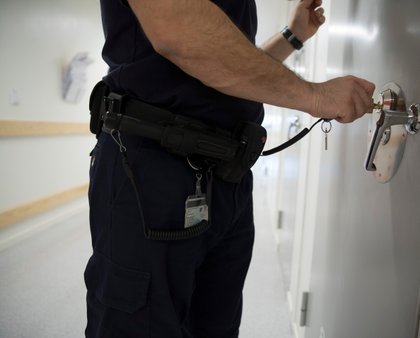 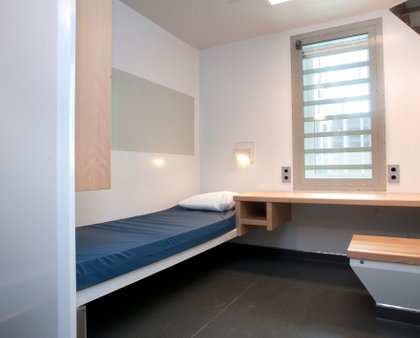 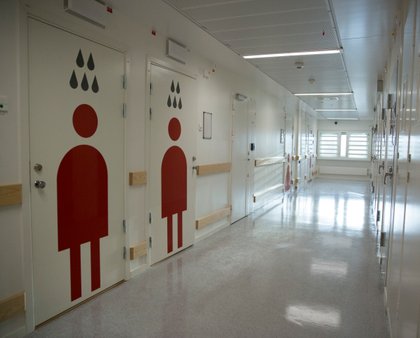 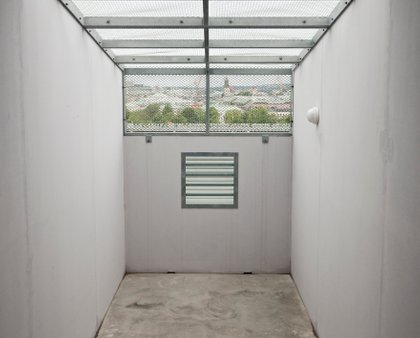 First I have to clarify that I am writing this blog post as a private person and not in the service of a correctional officer. Unfortunately I am not allowed to use pictures from where I work due to safety and security reasons. Picture one was taken outside the jail where I work. The rest of the photos are taken by the Swedish Prison and Probation Service from other jails. Most jails in Sweden are quite similar in appearance.

I started working as a correctional officer in December 2002 as a locum. I was only 19 years old and had just finished High School. My original idea was to join the military, but since Sweden disbanded large parts of its military in the early 2000s, I had to look for a job instead.

You maybe wondering why I chose the Swedish Prison and Probation Service? The simple answer is that a friend recommended me for the job.

In 2004, I trained as a correctional officer, at that time it was 2 weeks introduction at the workplace where you would work, 6 months of training at the Swedish Prison and Probation Service's Education Unit and then 2 months of college. The advantages of the Swedish Prison and Probation Service are that during your employment there are many different education opportunities that you can do while you continue working.

As a correctional officer, you can work throughout Sweden in various jails and prisons. The prisons have three different security classes 1–3, where class 3 is an ”open” prison and class 1 is the highest security. The jails are also divided into security jails, normal jails and "open" jails.

I work at the jail in Trelleborg, which is considered a normal jail for inmates with restrictions, the jail has 33 places. Restrictions mean that the inmate is almost cut off from the outside world. He is not allowed to receive visits and make phone calls. All letters that are sent go via the prosecutor who must approve if the letters can be forwarded. If they have full restrictions, the TV and radio also are removed from the room. It is the prosecutor who requests this and then the District Court / Court of Appeal decides what the restrictions should be.

The inmates in jail are people awaiting trial. Either to the District court, the Court of Appeal or the Supreme Court.

Breakfast is served at the jail at 8 am, lunch at 12 pm and supper at 4 pm. After breakfast, the day starts at the jail. During the breakfast distribution, you have a planned list of what the day should look like. There, the inmate can tell if he e.g. wants to have a walk (on the roof), talk to a priest, make an appointment with the nurse, exercise, change books, take a shower during the day, call their lawyer, etc. There are also trusted inmates who are allowed to go and work in the workplace or in the laundry. There is also the opportunity to get "cell work", which means that you work inside your room. Mostly, these are different kinds of packing jobs. As a prisoner, you are entitled to 1 hour of walking per day. Most inmates use this time to smoke or exercise.

There is no maximum length of time for which you can be detained in jail, however, the detention decision must be reconsidered in court every 14 days. Today, most arrests are made via video link.

The main hearing, the inmate is present in the court. Correctional officers are present in these negotiations and we sit inside the courtroom with the inmate. Sometimes it can be trials that are extremely psychologically stressful to listen to. I have been to over 500 trials and heard everything.

How it is to work as a correctional officer and my own opinions.

The most common thing I hear when I say that I work as a correctional officer is that "I would never be able to work with these people" "Throw the key" "We should have harder penalties in Sweden".

I have worked as a Correctional officer for 18 years. Since 2015, I only work at night.

The Swedish Prison and Probation Service aims to reintegrate people into society after / during enforcement within prisons and jails. This is the model Sweden works towards. The people who are in Swedish prisons / jails will one day come out into society again and it is our job as correctional officers to give the inmates the best conditions and opportunities for that. Sometimes it's just a conversation that can change a person's mindset.

The prison service has changed in many ways since I started 18 years ago. If we look at society, people´s mental health is worse today and the violence has accelerated. Of course, this is reflected in the Swedish Prison and Probation Service. But many people think that I go to work every night and have to wrestle with inmates. That's not really what it looks like. I have significantly more impacting  and positive conversations in jail than wrestling matches. Of course, incidents occur. When an incident occurs, you must consider whether you can handle it yourself with the correctional officers who are on duty or if you have to call in our task force.

I have met a number of inmates who suffer with delirium (stopped drinking alcohol after a long-term alcohol addiction) that causes incidents to accelerate quickly. I've seen cells completely destroyed after these inmates have become violent. Many who end up with delirium gain enormous physical strength. They can, quite frankly, destroy an entire cell with just their hands. No one should think that there are no risks in working as a correctional officer, but we are trained to be able to handle most extreme situations.

The night starts at 6pm, the day officer in charge tells the night correctional officers what happened during the day. A little after 6pm there is a lock-up in the jail, simply explained each cell door is opened and you say "good night" at the same time you do a visual check of the room and then you lock the door. Another task that is done in the early evening is a visitation of various spaces where inmates have been. Here you search for e.g. hidden medicines, weapons, drugs, vandalism, etc. At night, we also distribute medicines prescribed by doctors to inmates. Later in the evening, a security check is performed on all doors. At night, some paperwork should also be done. For security reasons, I can not write how many of us work at night.

Many people usually ask me "So you talk normally to suspected murderers, pedophiles, rapists, robbers, etc.?". The simple answer is YES, my job is not to judge people who are in jail, we have the courts for that. My job is much easier if I don´t care what people are detained for.