What is it like to be a cat influencer? 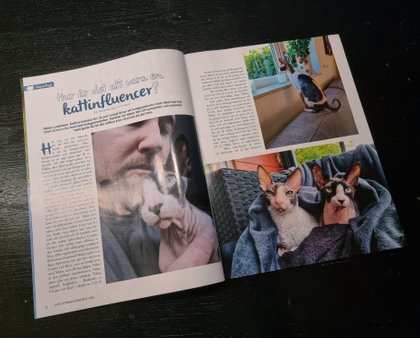 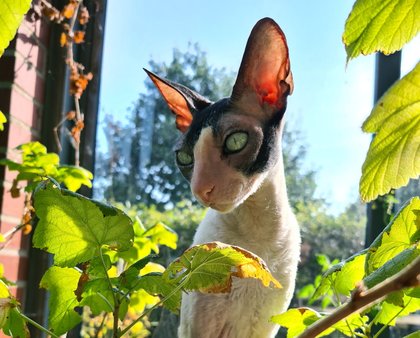 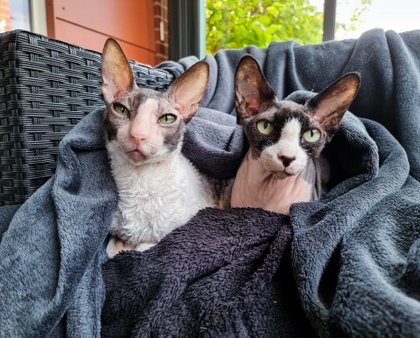 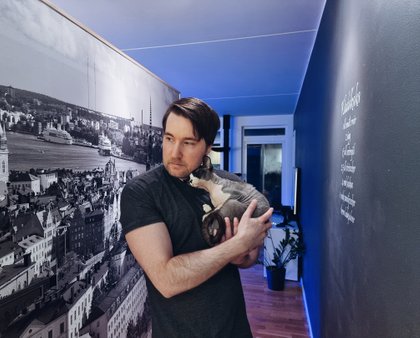 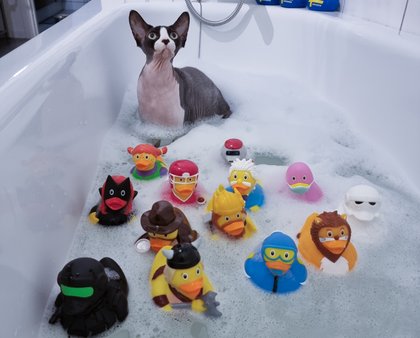 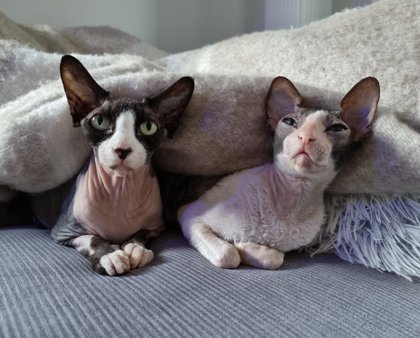 Niklas Lundström, Kattliv's columnist for this year who also runs an Instagram account where he has become Sphynxnille with the whole Instagram world, he tells us about his life as a influencer and tells us some good advice to all curious people who want to try to be a cat influencer.

He now has almost 70,000 followers at the time of this interview on his Instagram account @Sphynxnille, and the dream would of course be to one day wake up to hit 100 000-followers, but Niklas, or Sphynxnille as he is now known on Instagram, does none of the things to make money, he simply wants to reach out with some major messages to the outside world.

In "Kattliv Presenterar", Christmas special no. 4/2021 Niklas was included as the profile and something we can repeat from that magazine is how it all started. 2016 was the year when Niklas started his Instagram account and at that time it was with the simple purpose of saving friends from all the cat pictures on Facebook.

The cats were bought together with his ex-girlfriend, and at that time Niklas was not interested in cats, but he had some requirements for the cat, it would have no fur. That's why they choosed the naked cat Cooper. Cooper was quickly joined by the friendly and sociable Cornish Rex Kira.

After the break-up with his girlfriend, Niklas ended up in a deep depression and it was the cats Cooper and Kira, who now lived together with Niklas, who finally helped Niklas out of the difficult nightmare. Niklas wrote about this in the article "Niklas lost the joy of life - Saved by Cooper and Kira" in Kattliv no. 5/2018.

Nowadays he runs his Instagram account mainly for three big reasons, the first is to reach out to others who are also feeling bad and create a platform on which he can write about the topic of mental illness with other people.

-It may sound silly, but it is a great comfort to know that there are more people out there who feel bad, says Niklas.

The other big reason he runs the Instagram account is to remove prejudices about naked cats. We hear many stories from Niklas about people who get in touch with him and say that it is not normal to have cats without fur, and that naked cats would suffer from this in some way. And Niklas claims that the worst prejudices unfortunately exist in our elongated country Sweden, Niklas has many followers abroad as well, but these do not react significantly to the fact that Niklas cats are naked cats.

-My naked cats are of course indoor cats and they have no diseases, so I can assure everyone that my cats are feeling good and they are happy with their lives, even though they have no fur, Niklas tells us.

Even his own mother reacted negatively to his news that he got a naked cat, she didn't call him in two months. Today she calls the cats her grandchildren and always asks how the cats is feeling before she asks Niklas.

We at the editorial office understand that Niklas has to deal with these naked cat prejudices every day and we agree that his cats look very happy in all the photos and in all the videos you see on his Instagram account, we worry more about all homeless cats out there in the world, and this leads us to the third very important reason why Niklas has his Instagram account, to raise the cat's status. How can 100,000 cats in Sweden be homeless? It's awful, and we at Kattliv's editorial office say thank you to Niklas for helping to spread important information on his Instagram account that helps homeless cats.

Niklas thinks he lives in a different world compared to other inluencers.  Most other influencers have their accounts to make money. But Niklas wants to get a message out to the world instead of doing a lot of advertising.

He says that you can probably make a lot of money by being a cat influencer. Niklas also says that you should never force your cats to do things to get attention.

The best thing about being an influencer is the acknowledgment you get from other people around the world. That people like what I'm saying and writing.

-From the beginning when no one knew who I was, no one judged me on Instagram. It was a rescue to be able to escape reality, Niklas explains.

For six years, people have followed him through his depression, and it has been a great comfort to Niklas in all the darkness.

When I ask what the most negative thing about being a cat influencer is, we come back to the fact that people have prejudices about naked cats. Niklas knows that those who get the honor of meeting Cooper and Kira will change their bad opinion of naked cats, they will be met by two wonderful cats.

-Kira would like to check the situation with new people for a while first, but if everything seems calm, she is happy to sit on the lap with new people, says Niklas.

If you want to be a cat influencer, Niklas thinks that you should find your own way to do things and do things that your cats like. It is important that you think it's fun if you want to do it for a long time.

-Do not spend TOO much money on equipment even if good equipment also is important, and If you don't get many followers immediately, give it time, Niklas suggests.

You should also be prepared that you get a lot of crap messages that you should not respond to, you will run out of energy if you respond to these stupid countries, are some of his good advice.

Many people probably think mostly of the glamorous side of being an influencer, such as companies sending out many free products that they hope you as an influencer will want to show on your Instagram.

Niklas says that it's true, he himself gets two or three offers a week to advertise different products, not only from Swedish companies but also from the foreign companies, but Niklas refuses of them and takes a maximum of two offers a year.

-Why should I advertise for example a cat food that I know Cooper's sensitive stomach will not tolerate?

-If you start to be perceived as unserious in that way, it can actually cause you to lose followers and you can reduce your chance of collaborating with a company in the future in a context that you are more passionate about, says Niklas and therefore it is important to think through why you have your Instagram account.

-For me, it costs more to be a cat influencer than what it brings in, but I don't do it for the money either, I don't need that money, says Niklas and adds that if there is still some earned money of it all, he donates it to charity, the money goes to homeless cats.

Here are Sphynxnille's best tips for you who want to become a cat influencer: