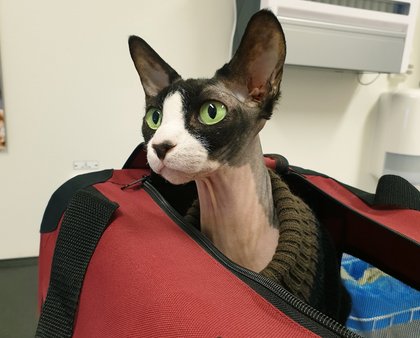 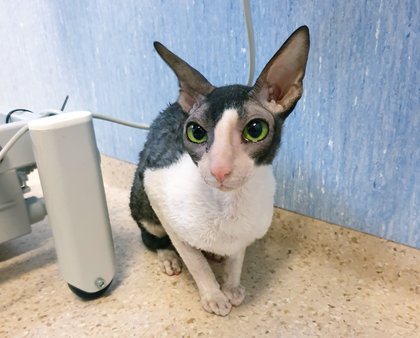 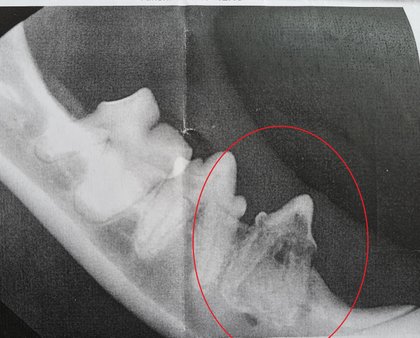 Tooth Resorption (TR) which was previously called Feline Odontoclastic Resorption Lesions (FORL) is a dental disease that can affect all cats, there is research that shows that anywhere between 30% -70% of all cats get this dental disease. It´s a painful disease that breaks down the tooth. Our cats suffer in silence because they are experts in showing that they are ok. This behavior is found in most animals, never showing weakness. If you prove weak, you will either be rejected by the herd or you will be an easy kill for the predators.

I don´t intend to go further into what veterinarians / insurance companies / experts, etc. write about this disease, because you can google it if you are interested. I will instead tell you about my own experiences with Cooper and Kira and try to give some tips on how to discover it and what to do after it. This is not a scientific article.

Cooper was diagnosed with TR when he was 4 years old and Kira got the dental disease when she was 8 years old. Cooper's TR is significantly more aggressive compared to Kiras. He has had surgery 4 times and only 5 teeth left in the mouth and Kira has had surgery once and 4 teeth were extracted.

I brush Cooper and Kira's teeth every day, but unfortunately it´s not possible to prevent this disease. Since I check Cooper and Kira's mouths every day, I can detect damaged teeth before the whole tooth has dissolved and only the pulp remains. The tricky thing about this disease is that it often starts in the roots and is then difficult to see. But once a week I usually take the toothbrush and gently massage the gums with the toothbrush and if pain then occurs from the roots, you notice it quite immediately. If the damage to the tooth is above the gums, you see it immediately, it looks like a hole in the tooth and you see the "meat" in the tooth.

Veterinarians recommend that you have an X-ray every year when the cat have been diagnosed with TR. But I know that the reality looks different and that very few x-ray their TR cat every year.

It hurts VERY much with TR but there are also different stages in the disease and at the beginning of the disease the cat has no pain. Therefore, I say it again, check the cat's mouth because if the damage begins above the gums, you will see it immediately. If it starts in the roots, you may notice pain when touched (with the toothbrush, for example) or you may notice / see it when the damage has climbed above the gums. At the slightest suspicion of TR book an appointment with the vet.

It is very expensive with TR. Even if you have your cat insured, there are many companies that do not even reimburse the disease. Therefore, it is important to find a company that at least provides some compensation. I do not intend to recommend any company but where I have Cooper and Kira insured reimburses 600 $ per cat (year). That's a small amount compared to what it costs, the most expensive bill I got was in 2018 when Cooper extracted 7 teeth and it cost 2000 $.

Both Cooper and Kira have been very tired and had pain after their surgeries. During TR surgery, the cats receive painkillers for a few days. Feeding can be a bit problematic because the cat is not allowed to eat dry food for 10 days. It has worked perfectly well with Cooper because he eats everything, but Kira only eats her dry food. I tried everything with her, 10 different kinds of wet food, put her dry food in water and raw food. She refused to eat and it was not because she was in pain. Kira had to eat only cod, which I dropped nutritional compensation on.

But after 3 days she started to refuse food completely and also Cooper because he became worried about Kira. We went to the vet immediately and took lots of blood samples but no diseases were found. When we got home from the vet, I gave her a bowl of dry food again and she started eating immediately. So it´s not always easy to follow the veterinarians' 100 recommendations after an surgery. For me, the most important thing was that Kira would start eating and I had to risk that it had only been 3 days since the surgery. Everything healed just fine in the mouth.

But I ask myself the question, why is no more research being done regarding TR. It´s not a new disease, cats have even been found several thousand years ago that also had TR. Is it about money or what is it about? Today, the only solution to the problem is to pull out the teeth. Let our cats avoid suffering in the quiet!