Did you know this about us? 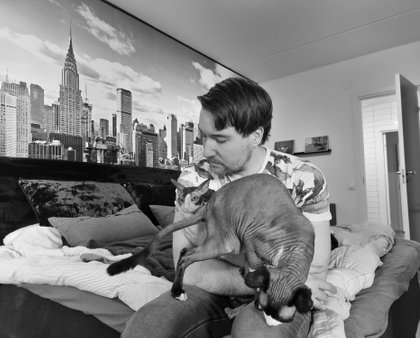 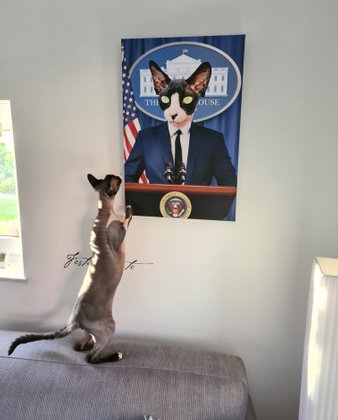 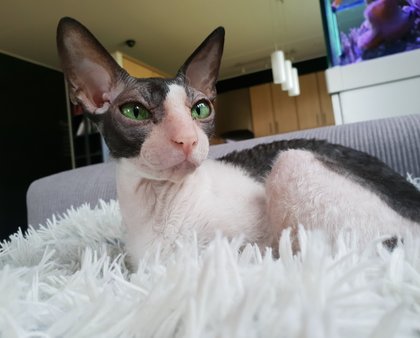 Who photographs and film you and the cats?

I have photographed and filmed all the stuff on my Instagram myself and sometimes you might wonder who photographed or filmed that video. Since I live alone with Cooper and Kira, it's important to have imagination when creating something. Most of the time I use a tripod but sometimes it is important to use the imagination to 100%. For example, I have taped the phone/camera to the wall and various furniture a number of times.

Those of you who've been following me for a while know that my Instagram has never been about making money. I started my Instagram in 2016 and the idea was to show Cooper and Kira to the world and not to make money. Even though today I have 63,000 followers, I still have the same mindset. I have collaborated with various companies both in the US and Sweden and everything I have donated to homeless cats. My Instagram costs me money because I have to constantly buy new equipment such as cameras and lenses. It also costs me money to run my website. But I do all this to remove prejudice against naked cats and that I can talk openly about mental illness, not to make money.

I often get asked by larger companies around the world if I want to sell pictures/videos. They always get the same answer, no. I own everything on my Instagram and won't sell any licenses to anyone.

Of course, I don't close any doors to one day make money on my Instagram, but if so, it will be on my terms. But I think the homeless cats need the money more than me.

Since Kira has the perfect look for a Cornish Rex, the breeders wanted to sell her as a breeding cat to someone other than me. But they discovered quite immediately that Kira was an insecure cat who instead needed safety from another cat. That's why Cooper and I got the chance to give her that safety, and it turned out just fine.

The last time I drank alcohol was in 2013. I've never really liked alcohol, wine, beer or booze. I don't like the taste of it and I hate losing control. When I drank alcohol before 2013, was it just to be social. I have a lot of respect for alcohol and what it can do to people.

Now you might be wondering, what's he going to write about coffee? And don't tell me you don't drink coffee. Yes, it's true. I don't drink coffee and I've had been drinking a few deciliters in my whole life. I really can't understand how people can like the taste of coffee. To me, it tastes like drinking asphalt.

I've never even tried smoking. The smell of smoke makes me sick.

We all know that Cooper have helped Kira from day 1 by giving her better confidence but he have also physically saved her life. Kira had only been staying with us for two weeks, I had been home 24/7 these weeks. After two weeks I had to go to work. My dad would come to our apartment to look after Cooper and Kira while I worked. I were going to work at 08.00 and my dad would come at 09.00, so they would be alone for 1 hour. When I was halfway out the door, I heard Cooper screaming loudly in the living room and he did not stop, I went back to see what had happened. Kira had managed to get stuck with her hind legs in a rope to the blinds and she hung upside down in the air and was completely silent. I doubt if she survived 1 hour hanging there if Cooper didn´t save her.