Dating as a cat owner 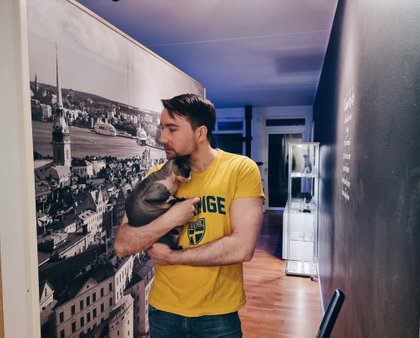 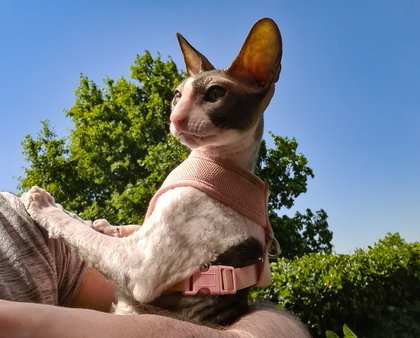 There are probably many of us who think that it is more or less impossible to find the right one. But does it get harder or easier if you have pets, and as in my case cats?

I lay in bed and look through my phone which pictures to upload on Tinder to get the most matches. Expectantly, I start to scroll among my approximately 5000 pictures and think that with so many pictures it will be easy to find good pictures of me. But it really wasn't that easy. If you are a cat owner and start browsing your mobile, you realize pretty quickly that your phone is filled with 99% cat pictures. The rest of the pictures are usually of you together with your cat. For me, it was hopeless to find a picture of just me.

But why shouldn't I post pictures of Cooper and Kira on a dating app? After all, they are the most important thing I have, and a very big part of my life. If someone wants to date me, they'll realize pretty quickly that I have two naked cats at my home. That's why I came to the conclusion that Cooper and Kira would be visible when people viewed my profile.

I created my profile and felt quite happy with one picture of me and three of Cooper and Kira. When I was done with the entire profile with text and pictures, the thought occurred to me, will I only get to meet others who have a cat? Will it be a crazy cat lady who will put her claws on me?

Finally time to throw myself out into the dating world and see if Cooper and Kira could perform and possibly help their master find the love of his life. Quickly I noticed that I was quite unique in the market as a man together with two naked cats, I noticed it on the messages that landed in the inbox. But I also noticed that I matched with all different kinds of people. So it wasn't just about crazy cat ladys but also those who had barely met a cat in their entire life.

Somewhere in my dating, I started to lose myself instead. I had been set on the idea that no one would accept a man with naked cats so I had completely forgotten to think about what I was really looking for. I think many people can recognize that they are constantly trying to fit in and accommodate what others want, instead of putting yourself first. This becomes like a self-harm when dating. That you constantly think about what others want instead of thinking about what you want.

The funny thing was that when I finally started to think about what I was really looking for, I instead started dating girls who I thought would fit well with Cooper and Kira. My radar was set on who the cats would fit perfectly with. With this mindset, I instead became extremely picky and I more or less stopped dating. I think many people can recognize themselves in this way of thinking, that you want to meet someone who fits perfectly with the animals. Similar mindsets have those who have children, they don't want to be with someone who doesn't like their child.

What I've learned after being in the dating jungle for quite some time is that it's harder to find the love of your life when you have animals, because you always put your animals first. Is it wrong to think that way? Absolutely not!